The Archdiocese of Boston will be partnering with CatholicsComeHome.org to air a partner initiative this Lent 2011.  Today’s front page story from The Boston Globe features this partnership, see excerpt below:

A call to Catholics to ‘come home’ again 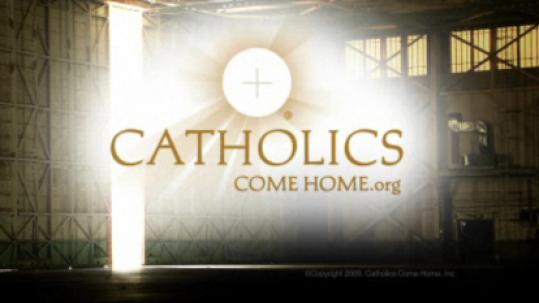 The Archdiocese of Boston, in an effort to bring lapsed Catholics back to church, is planning a major public relations campaign in the coming year that will use television ads, parish events, and personal invitations to urge inactive Catholics to “come home’’ to their faith.

The campaign is planned as the Catholic Church faces huge challenges.  Nationally, 10 percent of all American adults are former Catholics, according to a recent study. In the Boston Archdiocese, weekly Mass attendance has plunged from 376,383 in 2000 to 286,951 last year, according to the church’s own annual count.

“Each time we go to Mass. . . . the pews seem emptier and emptier,’’ said Janet Benestad, secretary for faith formation and evangelization at the archdiocese. The goal of the campaign, she said, “is to say to folks, ‘We are diminished by your absence . . . and we want to issue a genuine invitation to return to the practice of the faith.’ ’’

Visit CatholicsComeHome.org each day to grow in your faith.  Also, please pray for all who will be reached this Advent 2010 and Lent 2011 through the many CCH diocesan partner initiatives that will be airing!